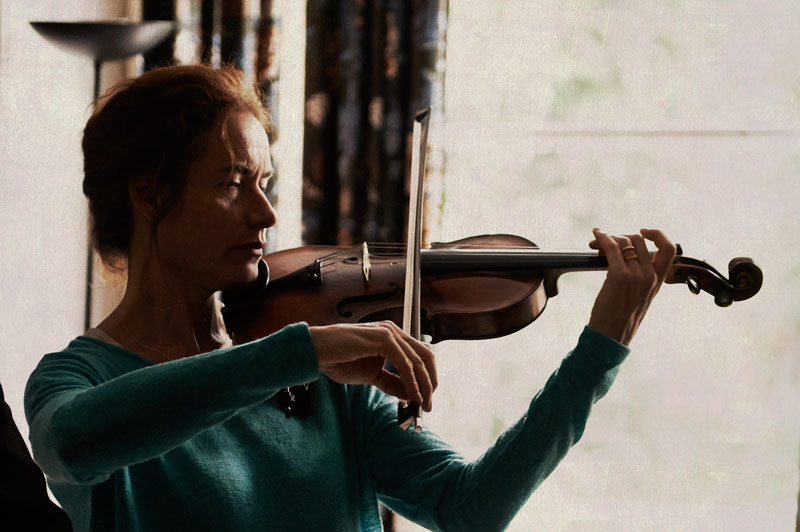 Lucy was born into a family of musicians in London and graduated from Cambridge University before finishing her violin studies in London at the Guildhall and Indiana University in USA.

After college Lucy lived for three years in Norway, both up in the Arctic North and in Oslo, where she played chamber music, then in the Norwegian Opera and Oslo Philharmonic.

Back in London as a freelancer, Lucy has continued to work with many world-class orchestras -including the Philharmonia, BBC Symphony, London Mozart Players, Orchestra of the Age of Enlightenment, English National Opera etc.

As a chamber musician, Lucy has played in PM Music Ensemble (contemporary ensemble in Wales), the Caledonian Quintet and Chamber Music Company as well as teaching on NCMC, a quartet course for teenagers.

Lucy formed Tango Volcano, her own tango band, back in 2001, after studying tango in Buenos Aires, funded by a Churchill Memorial Scholarship. She also learned to dance there and even had a documentary made about her project. The tango quintet is now in its second decade and has performed in festivals and theatres up and down the country, Cheltenham, Lichfield, Aldeburgh, Norwich and Bath to name a few.

Lucy lives in London with the Viking she married from Norway and their two daughters, and plays on an old Italian violin. 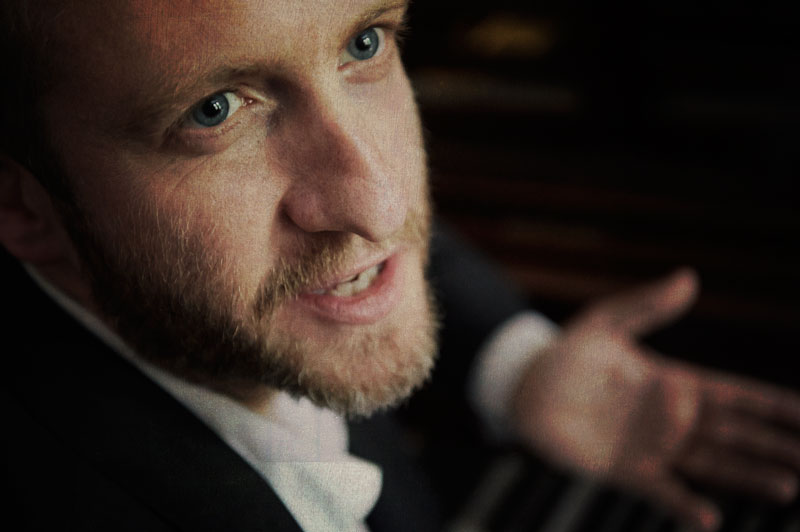 John is an experienced composer as well as a trained classical and jazz pianist, and currently directs the E17 big band. A graduate of Cambridge and the Guildhall, he has since received numerous awards, including the MOJO #3 Jazz Album of the Year (2012), ‘Best Album’ in the Parliamentary Awards 2011, ‘Best Instrumentalist’ in the 2010 London Jazz Awards, the 2009 Promoter’s Choice Award (PRS), and was a semi-finalist in the Martial Solal competition in 2010. He has worked and recorded with many of Europe’s leading jazz and tango groups, including Tim Garland’s Lighthouse Trio and Acoustic Triangle, the Tony Kofi/Alan Barnes Quintet, Karios 4tet, Gilad Atzmon, El Ultimo Tango, Transtango, the London Tango Orchestra, London Jazz Orchestra, Guillermo Rozenthuler, Nate James, Matt Ridley Quartet (featuring Jason Yarde), Natacha Atlas, US3 and Sola Akingbola  of Jamiroquai.

His own trio have released two acclaimed albums on the F-IRE label and toured widely throughout the UK and Europe. Recent engagements include sets at the Barbican, South Bank, Kings Place, Ronnie Scotts, Pizza Express, The Vortex, Bridgewater Hall, Manchester and the Scarborough Jazz Festival.

John is also an experienced composer and arranger. He founded, writes for and directs the E17 large ensemble, and has had works commissioned by Manu Delago and ‘Living Room in London’, the Threads Orchestra, the Solstice Quartet and Transtango. 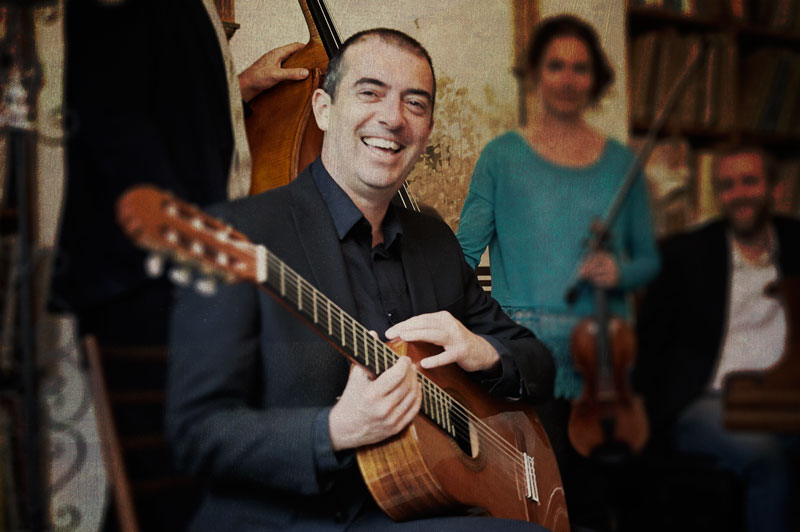 Chris has performed at many prestigious venues and festivals, including the Royal Festival Hall, Montreux Jazz Festival, the O2 Arena in London, Duoro Jazz Festival in Portugal, BBC Proms in Hyde Park, the Royal Albert Hall.

Chris also leads his own band, which has performed all over the UK and in Europe, including the International Guitar Festival and Ronnie Scott’s, and had radio play as far afield as Los Angeles. Their last album received critical acclaim including four stars in Guitarist Magazine.

Invisible Landscape, Chris’s fourth album as a leader, was released in June 2016.

Throughout the whole of 2015 Chris toured with multi-platinum singer Russell Watson, the all-time biggest selling UK classical artist, with more than 80 sell-out concerts. Chris was playing classical, steel-string acoustic and electric guitars, as well as electric bass and mandolin.

Other recent tours include an extensive arena tour with Il Divo in 2016. In 2014 Chris toured the UK with trumpet virtuoso Alison Balsom, venues including the Royal Albert Hall. 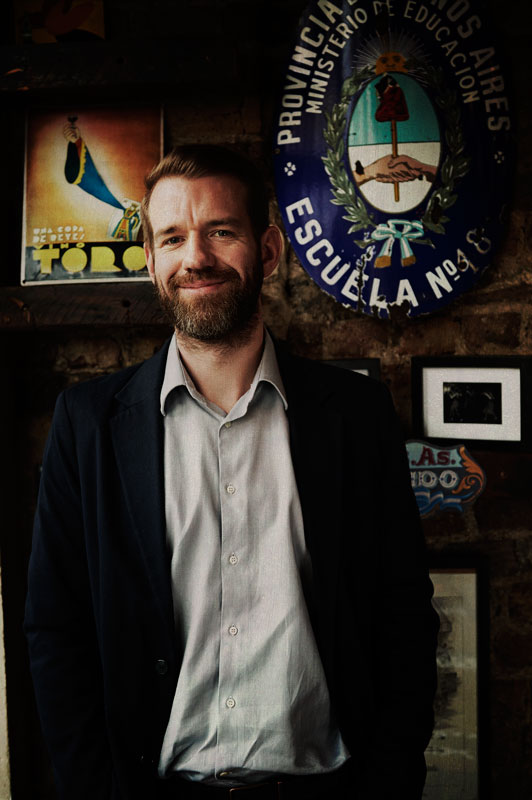 Tom developed an interest in jazz at the age of seventeen and attended the Royal Academy of Music, where he gained a First Class Honours degree. He spent a year of his studies at New England Conservatory, studying with renowned bassist Cecil McBee. There, he also played with pianist and ECM recording artist, Michael Cain and award-winning trombonist, Robin Eubanks. He has since built a reputation as one of the most versatile and in-demand bassists in the UK today, and has recorded and performed with artists such as Gwilym Simcock, Billy Cobham, Gerard Presencer, Famoudou Don Moye, BBC Big Band, Kings Cross Hot Club, Nicolas Meier Group and Tim Garland. He has also played bass for singer Jonathan Jeremiah with whom he recorded with legendary drummer Questlove (The Roots). 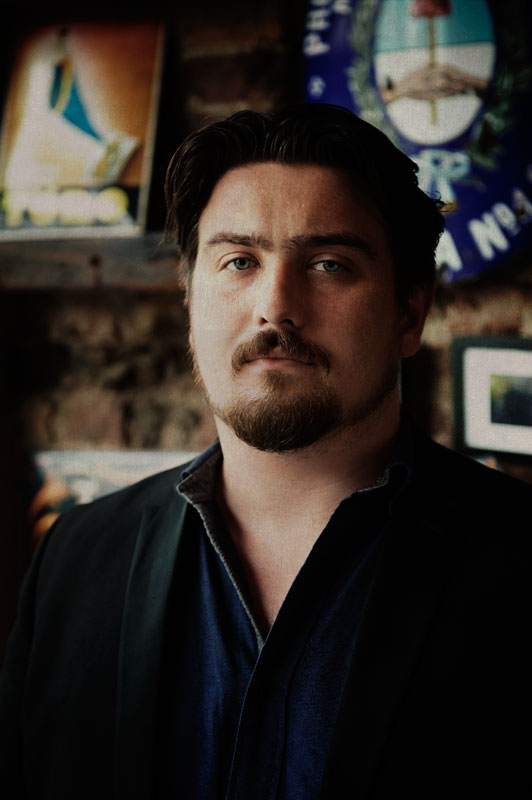 Bartosz is one of the leading lights of a new generation of accordionists. His artistic goal is to continue to improve awareness of the accordion in classical music, as well as to develop a new repertoire for his instrument. In 2015 he graduated from The Royal Academy of Music with first class diploma and Regency Award for noticeable achievements. He is currently a postgraduate student at The Royal Academy of Music, a City of Music Foundation 2016 artist and artist in residency at Aldeburgh Music. Bartosz won the Polish Young Musician of the Year in 2009, following which he represented Poland in the Eurovision Young Musicians Competition in Vienna. He is a recipient of The Countess of Munster Musical Trust, John Hosier Special Award 2015 and Zygmunt Zaleski Foundation.

As a soloist he has performed in many prestigious concert halls, including The Wigmore Hall, The Royal Festival Hall, The Purcell Room, Salle Cortot, The Colston Hall, Studio SI of The Polish National Radio, and many others. He has premiered compositions by Luke Bedford, Richard Causton, Richard Ayres, Luke Bedford, Christopher Austin, Maciej Zimka, Marko Nikodijevic, Diana Burrell and Johannes Schöllhorn.

Bartosz is also an active chamber musician. He is a founding member of The Deco Ensemble. During his career he collaborated with musicians including Nigel Kennedy, Trevor Pinnock, Rob da Bank, the Atom and Meccorre String Quartets and Dave Maric. He has worked with musical institutions like The Royal Opera House, The Royal Ballet, National Theatre, London Symphony Orchestra, The Chroma Ensemble, The Philharmonia Orchestra and the London Sinfonietta.

His debut CD Out of the Depths features contemporary music for accordion.